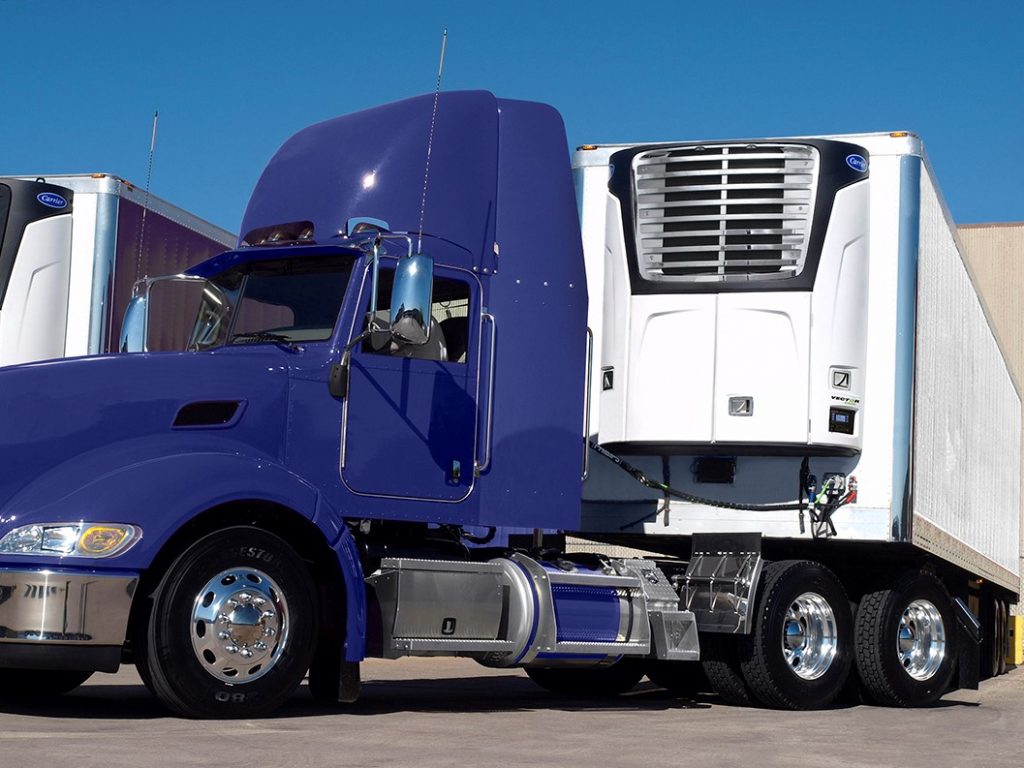 Refrigerated carriers would be wise to start replacing their TRUs with electrified units, which are expected to take over the market in the next 5-10 years. That transition may be accelerated by new clean-air regulations that California is moving toward adopting; Colorado is likely to follow California’s lead, as it has done with emissions regulations on passenger cars.

Besides being on the right side of future regulation, eTRUs offer numerous advantages over conventional all-diesel TRUs: they significantly reduce diesel particulates and greenhouse-gas emissions, save on fuel costs, have fewer moving parts, require less maintenance, tend to last longer, and produce much less noise. On the downside, they must be plugged into a power source at the distribution center or loading dock, and that requires some additional investment in charging infrastructure.

The sections below discuss all-electric and hybrid TRUs. The CCDP encourages applicants to look into all-electric TRUs because they completely eliminate emissions. However, they are not yet very common in Colorado, and will be of interest mainly to companies that maintain stationary reefers. Hybrid TRUs will be of wider interest, as they can be a highly cost-effective replacement for any reefer with significant stationary running time.

All-electric TRUs (eTRUs) have compressors that are driven by an electric motor all of the time – they don’t burn any diesel. In the case of full-sized reefers, this is most cost-effective if they are confined to stationary operations where they can be continuously plugged into shore power. Major manufacturers like Carrier and ThermoKing can supply such units, and the setup is straightforward. Some grocery chains on the East Coast do this to increase holiday and summer season cold storage capacity.

Producing a mobile all-electric reefer is a more challenging task, given current battery technology. The first contender is the Rayfrigeration Trailer System, sold by Wabash National, consisting of an extra-insulated Wabash trailer, a Carrier eTRU, and a battery and rooftop solar panel from newcomer eNow. The company estimates that the integrated system (which costs $215k) will reduce operating costs by $17,000 a year compared to a conventional TRU.

Wabash’s trailer is intended to be hauled by a diesel tractor, though, because battery-powered long-haul semis are still a long way off. A few companies such as eNow and Volta Air are beginning to come out with smaller all-electric refrigerated trucks designed for relatively short-haul routes. Such first-generation vehicles may offer an exciting opportunity for companies that are looking to demonstrate their environmental leadership in a highly visible way; such is the case for Challenge Dairy Products, which has opted for an eNow all-electric Class 7 truck in Fresno, California. Another development to watch is ThermoKing’s partnership with Chinese manufacturer Chanje to field test all-electric refrigerated delivery vans.

Hybrid TRUs (also called plug-in eTRUs or standby electric TRUs) can be plugged into shore power when stationary, but they’re powered by diesel when moving. The compressor is driven by electric power supplied by a diesel genset located within the TRU housing, or else mechanically driven by an integral diesel engine.

Hybrid TRUs are a proven technology and offer a favorable ROI in many applications (especially when subsidized by a 25% grant from the CCDP). They work out best for fleets in a day route distribution environment like grocery, dairy and food service companies, particularly those that have significant stationary running time due to loading, unloading, pre-cooling, staging and storing. Such companies typically own their own distribution centers, so they can invest in the necessary infrastructure, and it’s worth their while to do so because they’re paying both the fuel and the electric bill.

When considering a switch to a new technology, it’s necessary to look beyond mere purchase price to the total cost of ownership. In the case of hybrid TRUs, that will include the additional cost of installing plug-in infrastructure at the distribution center, but it will be offset by savings on fuel and maintenance. Research shows that most companies significantly underestimate how many hours their TRUs idle and how much that idling is costing them; switching to an eTRU will typically reduce operations costs by 40-70%.